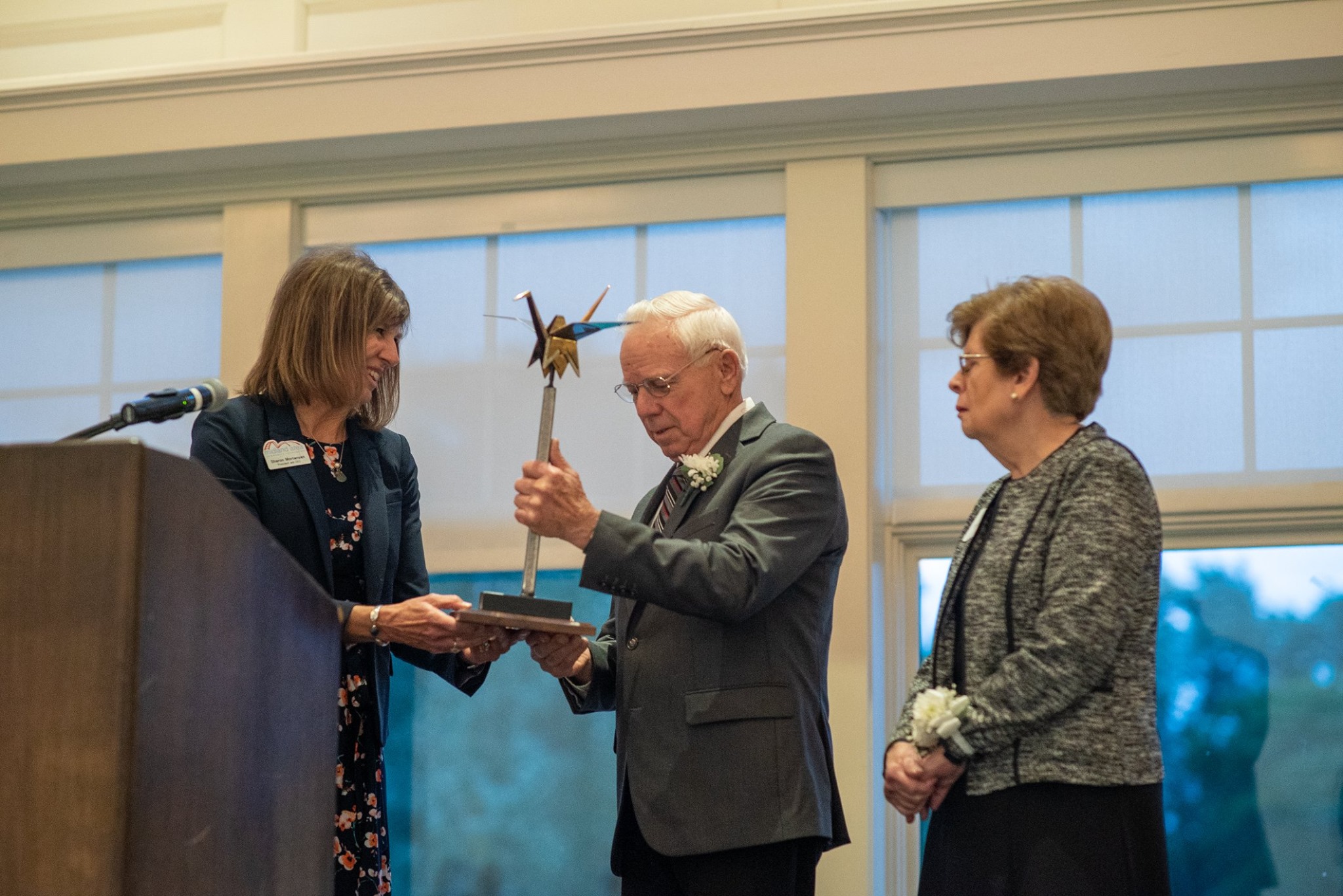 During the Midland Area Community Foundation’s annual Ripple Effect event on Oct. 16, Midland couple John and Sandy Bartos were recognized as the 2019 Philanthropists of the Year.

The Bartos, who have been mentors to us here at Cobblestone, have been extensively involved in the Midland community for over three decades.

John & Sandy were involved in building several of Midland’s treasured landmarks, starting with the Midland City Hall and in 2007 the company they founded, Three Rivers, was chosen to build the Loons’ state-of-the-art stadium, Dow Diamond. Cobblestone has been fortunate enough to work with the Bartos as the developers of our new CopperLeaf neighborhood.

The event also served as an opportunity for the foundation to highlight the community’s support and the impact of their philanthropy. With the support of local leaders, Midland residents and volunteers the Midland Area Community Foundation has been able to invest approximately $5 million in 2019 to projects and causes throughout Midland County.

Congratulations to John and Sandy and everyone at the MACF. The work you are doing in the Midland community is amazing!

At Cobblestone Homes we believe in teamwork. We achieve better results by leveraging our collective strengths and use our craft to positively impact the lives of those who value what we value. If this sounds...
Read more
6-06-2020

What to do After the Flooding Webinar

The Great Lakes Bay Region has seen some of the worst flooding in living memory.   If you are affected by this historic event, it’s hard to know how to start over. Construction expert Mark...
Read more
4-30-2020

Building Your Dream Office with Cobblestone

Working from home can be difficult when surrounded by distractions, but having a dedicated workspace or home office can optimize productivity and create an atmosphere you can happily concentrate in. At Cobblestone Homes we are...
Read more
8-07-2019

Great Design Adds Health and Happiness to Your Golden Years

Design and build your home with the future in mind and, suddenly, aging in place becomes a realistic option. Aging in place is a goal for 76% of Americans age 50 and older, according to...
Read more

Cobblestone Homes leads the way in building custom luxurious, high performance homes where memories are made and families are nurtured. In the Great Lakes Bay Region including Bay City, Saginaw and Midland, we lead the way in innovation and craftsmanship.
More